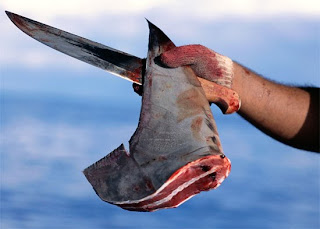 Our marine ecosystem is under threat like never before in the history of humanity. According to the International Union for Conservation of Nature (IUCN) 33% of cartilaginous fishes and 15% of bony fishes are now threatened.
The Convention on Biological Diversity (CBD) report states that due to overfishing, catches are seeing fewer and fewer large-bodied predatory fish, and more species lower on the food chain, such as jellyfish. Furthermore, overexploitation has put 20 species on the International Union for Conservation of Nature (IUCN) Red List as threatened with extinction.
Due to overfishing, 19% of all fish stocks are now overexploited, 8% are depleted, 52% fully exploited, with only 1% showing signs of recovery according to the (CBD) Technical Report for the Global Biodiversity.
The UN biodiversity meeting in Japan has agreed a 10 year plan aimed at preserving 10% of the oceans by 2020. These are regarded as too small by many conservation scientists, who point out that the existing target for oceans is already 10%.