If you had travelled the world in 1812 the natural wonders seen on earth would be jaw-dropping. Plains full of grazing animals and attendant predators, huge forests covering much of the land and a sky full of birds. Wildlife in such abundance that it is hard to imagine now.

Over the next two centuries human encroachment chopped down the forests, ploughed up the plains and hunted the animals to a fraction of their pristine numbers. Some animals thrived under these new conditions, but the vast majority did not.

At the beginning of the 20th century, shortly before destruction was absolute, some enlightened people decided to act and national parks like Kruger, Yellowstone, and Etosha were formed. Unless we learn from our terrestrial mistakes, what happened on the land can give us an accurate glimpse of what is in store for the world’s ocean.

Ultimately we will deplete the ocean through overfishing, leaving only small pockets of biodiversity – effectively the national parks of the sea. Farmed animals will replace wildlife, with aquaculture cages ringing our coasts and filling the open-ocean in their thousands. Wind farms and tidal generators will festoon the waters that once teemed with life, whilst new technology and ice-free conditions will open up once inaccessible regions to the mining, energy and shipping industries.

It isn’t too late though. We still have an opportunity to do for the ocean what we failed to do for the land – protect the ecosystem holistically. There is still enough marine life left to repopulate the entire ocean, but the protection must be interconnected. This is where we failed so miserably on land by creating small, isolated nature reserves that are more akin to zoos than places where nature can thrive.

If we protect thirty-percent or more of the world’s ocean from all destructive activity now, with a network of carefully chosen marine reserves, the resultant proliferation of marine life could allow for enough sustainable exploitation to feed a rapidly growing human population. But if we act too slowly, or do not do enough, the future ocean may become as devoid of biodiversity as the vast majority of the land has become. 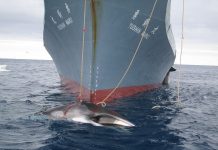 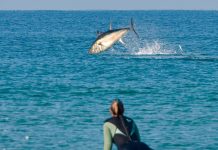